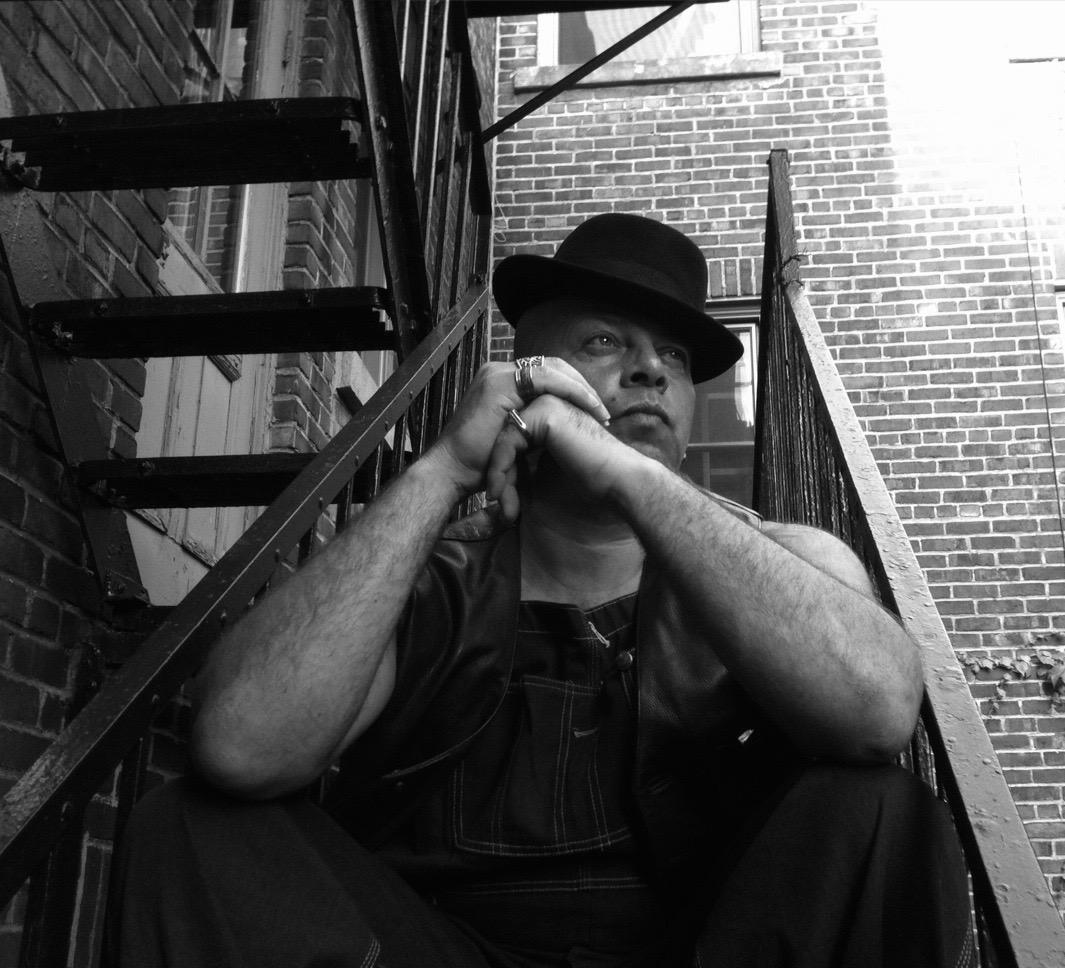 Here on a video shoot; ironic to be filming on the very stomping ground I used to travel so extensively with my guitar in one hand and my song sheets in the other. I would hang with many musicians, many styles, many ideas working on many different projects,..from recording studios to rehearsal rooms, basement area's & church halls, with only one aim!, to make music and then record what we had made.

My earliest musical memory was experimenting with local bredrin playing reggae music, but to advance as a musician you really had to learn more about the rudiments of jazz blues and soul music styles. By the time I had reached my late teens to early twenties my very own brand of soul funk had started to dominate the sound I was creating, fused together with elements of blues & jazz.

Great to be in Birmingham, eventually became 'great to be from Birmingham'. Although full of talent, this city was simply not big enough for any musician with ambition.
London was not just the capital city of England, it was also one of the capital cities of the music industry. If any progress was to be made with my art it was going to be by making contact with people and companies who were based out of London town, where trends, sounds, strength of character and great ideas were developed and sold on through and around the world.

My 1st ever recording experience in the big city was at Harrow roads 'Addis Ababa' studio's! original home of Soul 2 Soul. This turned out to be my 1st ever vinyl release, a single called 'Feel The Changes' produced by Cliff Whyte, who like me, was originally from Birmingham, and had traveled down to London with the brief success of Mark Rodgers & Hollywood Beyond, as their chief engineer in the eighties.

This recording caught the interest of A&R man Darcus Beese, who at that time was a junior A&R with Island records. Now President of Island records and the man responsible for signing Amy Winehouse & Sugar Babes! Darcus invited me to come and record in Island’s famous Green Room Studios, where artists such as Bob Marley, Grace Jones and U2 all recorded their early demos. Once the demo was complete Darcus then took me on a record company tour that took us from Island to Big Life Records, Jazz Summers label & home label to 'The Only Way Is Up' singer Yazz!

The relationship between Darcus and myself would eventually lead to teaming me up with top writer/producer Robin Smith (Heatwave & Mike Oldfield) that would form soul fusion pop group 'Pride n Politix'. After spending some time in Robin’s Maida Vale Studio, we, together with my brother Carl Rom {sax playa & multi-instrumentalist} developed the quality crafted 'Changes' album. Robin on his way to Australia to work with top New Zealand singing artist Margaret Urlich, took the ‘Changes’ album with him, and at Robins very 1st meeting he managed to blow away Sylvia Rhone & Merlin Bobb at Atlantic/East West records,.. I still remember that phone call from Robin like it was yesterday, Robin:’ Hey I think I just managed to get us a record deal today!!!!??????!!!!!!!! ‘, he then goes on to explain the meeting he had with Giant Record boss in full.
Sylvia Rhone who was the mastermind behind the success of 'En Vogue' & 'Simply Red' at that time was also slowly becoming the most powerful woman in the music industry. Working her way up from receptionist at Atlantic to MD, was a sure sign she was not stopping there. Now we were not only signing a dream deal, but we were signed by the Boss herself! which meant great things may well be in store for us. You can imagine our joy at one day riding the number 11 bus through the industrial streets of Birmingham, to being whisked off on first class flights to the paradisal setting of Los Angeles to record our 1st ever long player. Still in our hearts & minds, not to sound arrogant, everything was going to plan, as we knew this day would come, because aside from being confident and talented musicians, we were also very positive people who worked very hard indeed with the knowledge that these things don't just happen, you have to be disciplined and dedicated.

The next few days to weeks saw all of us preparing for our trip to sunny California, where we would fly out to record our very 1st album at the luxury ‘Gardens Studio’ where Earth Wind & Fire had recorded so many of their hit records. The dream turned reality.