OUR MUSIC OUR SOUND by COLONEL RED aka NICHOLAS S ROMILLIE

Colonel Red hits hard with his latest TDR release ‘Wireless Soldierz‘. This 7-track EP underpins a force of musical nature, lyrically immersed in intimate affairs of the heart on one hand while balancing the scales of social injustice and inequalities on the other.

A powerhouse of groove driven songs and a glean measure of potent steel crunch funk from the 'House of Colonel Red'!

Longing to sing I sing for ever..

breaking the seal, while my cup runneth over

peacefully I sleep when there is food on my stove

plenty full I weep while I reap what I sew

who was the stranger that gave blessings in my stead

when will the war end & the promise of peace begin

change will come soon but fragile is the ground

I can only speak from my hearts heart felt way

of being in this world a man that will fall then rise again.

With every waking hour.. I long to hear Radical Rebel Music…

When I dance I love to hear positive vibes, to sing along with a hook that touches inspires & draws upon fiery emotions

Breaking the chains to create a monad of joy Sexy sultry & Insane… is what DanceMassSphere truly is.. 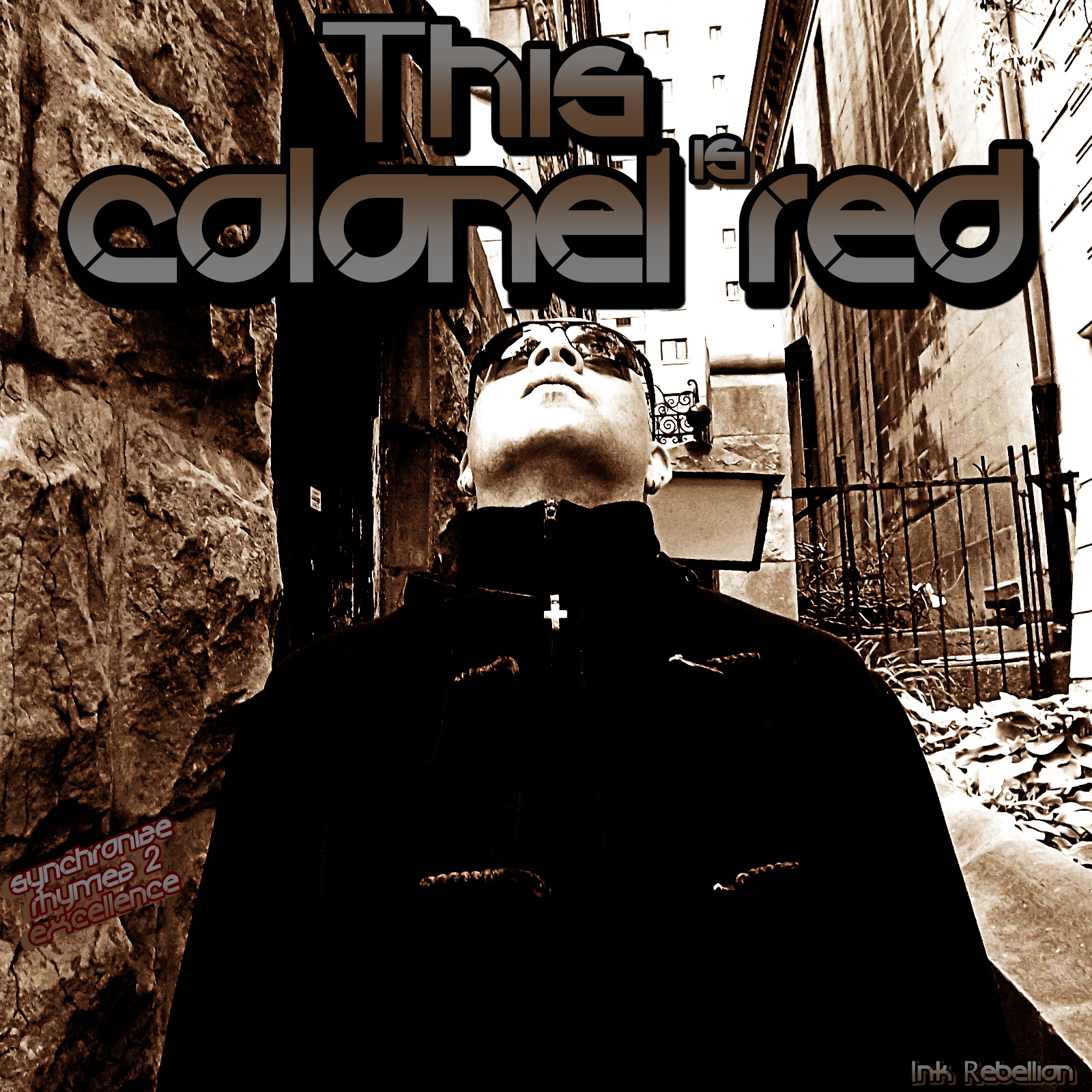 On the rise once again with Colonel Red's remarkable new album 'This is colonel red’, set for release: 04.12.2015 on the 'Ink Rebellion' label. "Music brings out the best in me, music is the elixir I use to transform all that comes my way..

'This is colonel red’ reflects the osmosis that takes place once Redz is at the helm! a riveting display of inspired harmonic rhythms & lyrical excellence.

This latest release from the 'Urban Neo Soul Rock' Giant, explodes without fear..

'This Is Colonel Red’, an essential staging point on the journey of COLONEL RED as an incredible recording performing artiste, Redz continues to immerse as an uncompromising & totally unique musical force. Songs like - Nowhere to Hide / Walls / Tell Me Mr / Moving through Orbit & U Dunn Lost Ur Way,.. encapsulate the intoxicating purity of this incredible album. All songs & music - Written/Performed/Arranged/Produced/ Engineered/Mixed & Mastered by Colonel Red at the Tribal Rhymes Studio Suite for Ink Rebellion music.

THIS IS COLONEL RED  album